The cornea guttata is a disease that often has its roots in the patient’s family; what happens is a loss of corneal transparency over time. 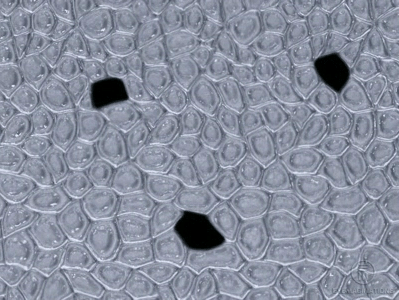 Usually more than one relative have this disease in which the inner layer of the cornea (endothelium) is damaged like as it had been hammered and it is possible to see both healthy and damaged parts.
Guttated cornea symptoms usually appear during adulthood: people experience a worse vision in the morning or a sense of discomfort and halos around light sources; in advanced phases there can also be pain and the feeling of a foreign body. 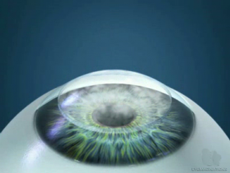 The damaged endothelium neutralizes the cornea impermeability. In case of cornea guttata, the cornea grows in depth because it becomes filled with water coming from the inside of the eye; also bubbles can appear on the cornea (bullous keratopathy).
Corneal pachymetry is a useful practice: it consists in measuring the corneal depth in order to monitor the cornea guttata and corneal edema status.

In the initial phase it can be treated with a therapy consisting in hyperosmotic agents that draw excess water out of the cornea, making it possible to improve vision, most likely only for a period of time.Later on, it is best to substitute the damages endothelium via an endothelium corneal transplant with the DMEK or DSAEK technique.