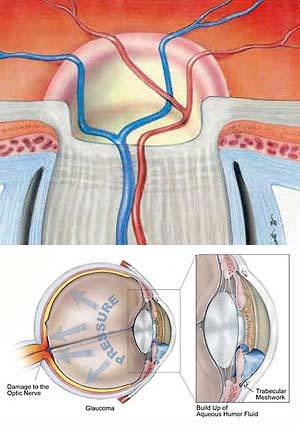 Glaucoma. Below you’ll find informations on Glaucoma, diagnosis and symptoms, surgery, therapy, laser surgery, new medications and all the latest news about how to treat Glaucoma, illustrated by Dr. Badalà, that is an ophthalmologist in Milan and Catania, and introduced in Italy important innovations for glaucoma treatment.

Glaucoma affects 2% of the italian population over 40 years of age and this trend seems to be increasing; today, risks can be diminished and consequences limited thanks to an early and exact diagnosis. The term Glaucoma stands for a series of diseases that usually lead to an increase of the endocular pressure that could compromise the optic nerve. This is why it is considered to be one of the major causes of blindness in the western world.

Glaucoma is an underhand disease and there are no symptoms to be spot early on: it only shows when the damage is irreversible. This is why an early diagnosis is fundamental to prevent the loss of sight.

Glaucoma therapy usually consists in reducing the endocular tone as much as needed, in relation to the kind of the patient’s glaucoma. Since there is no way to spot symptoms early on, it is crucial, especially for people at risk, to book an ophthalmogic exam every now and then.

Glaucoma usually appears during adulthood, around 40 years of age. It is important to pay special attention to genetic factors too, and alto so african people that are more subject to the disease. Other important factors are: arterial hypertension, diabetes and other sistemic diseases. Several studies identify the ones below as the more risky factors for glaucoma:

Glaucoma symptoms depend ont he kind of the patient’s glaucoma: there is a difference between the open angle glaucoma and the closed angle glaucoma.

People affected by pen angle glaucoma usually don’t recognize any symptom: this happens because the disease development is pretty slow and patients cannot notice the loss of vision in the peripheral field of vision. On the other hand, closed angle glaucoma symptoms are easy to spot because ocular pressure rises very quickly (this is why it is also called “acute”).

This symptoms may appear:

In the majority of cases, glaucoma has no symptoms though: this means that the average patient cannot realise there is a problem before it becomes too late.

When patients notice a loss in vision, glaucoma usually already reached a very advanced phase. Since there are no symptoms that can be spotted early on, especially for category at risk, it is of the uttermost importance to book ophthtalmologic exams on a regular basis.

Symptoms may vary depending on the kind of glaucoma. 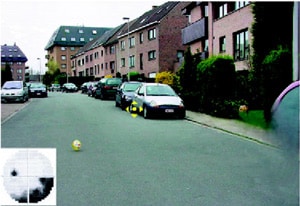 Which is the difference between open and closed angle glaucoma? 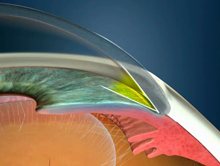 Open angle glaucoma has no symptoms, while the closed angle glaucoma shows strong pain, nausea, vomit. The eye has a specific pressure, determined by the production of the acqueous humor at the ciliary body level. The acqueous humor is expelled through channels present in the camerular angle: if it is closed, the humor cannot go out and there is a significant increase in the ocular pressure, along with acute pain.

In this context it is more and more important measuring the corneal depth with a ultrasonographic pachymetry, that significantly improves the meaning of an isolated measurement of the endocular tone.