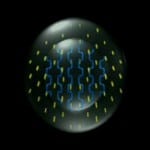 The custom made High Tech lens debuts in Italy at the San Giuseppe Hospital in Milan, to replace the lens made opaque by cataract and guarantee a perfect vision without glasses. After the implant, it is possible to remodel the lens simply using a ray of light, with no other surgeries. This prosthesis has been implanted by the doctors Fulvio Berdamini, head of the operatie ophthalmology ward of S. Giuseppe (Gruppo MultiMedica), and Federico Badalà.

Dr. Badalà, is it exactly like this? «Yes. I learned this technique in 2005 in California, where I met professor Robert Grubbs, nobel prize for chemistry and inventor of this technology, that enables us to create a prosthesis customizable with a ray of light, in the patient’s eye. Previous prosthesis could not be modified once implanted».

Let’s explain how cataract works. «Cataract consists in the lens going opaque inside the eye. Just like if in a camera, the lens becomes opaque over the years. Surgery consists in replacing the lens with a new system of lenses. The advantage here is being able to improve these lenses after implanting them and having evaluated the images they gather. All of this is done with a ray of light that changes its structure».

Do accidents happen during standard surgeries? «Yes, no matter how accurate our exstimates are, there are cases where after surgery small vision defects remain, linked for example to astigmatism or due to the healing process’ unpredictability. After standard surgery, more than 50% of patients, using glasses, can improve vision quality for near and far objects. With our technique, it is possible to make the original lens perfect, using a painless ray of light, that lasts two minutes, forgetting glasses for good without having to perform more invasive surgeries like Laser surgery».

Which are the advantages compared to Laser surgery? «When correcting vision defects after cataract surgery, our methodology has the advantage of being less invasive if compared to Laser. Moreover our technique does not change any biological tissue (cornea in case of Laser), but only an inert structure, the lens, where there is no need to worry about the healing process».

So, is the materials’ quality the key? «Exactly. It has been built thanks to the studies of the Nobel Prize for chemistry in 2005. It is composed of photosensitive silicone polymers. Once enlightened they move inside the lens and this changes shape and strenght».

If the patient is exposed to sunlight with his/her eyes open, could there be any risk of changing of the artificial lens? «In order to avoid this risk, patients wear, for about two weeks after surgery, special glasses that screen them from ultraviolet rays. After we checked how the eye reacted to surgery, we change and customize the lens to the patient’s liking. Then we make these changes permanent using another ray of light on the lens. From this point on, patients don’t need protective glasses, because the lens won’t change anymore».

What are the costs? «During this initial phase we are performing surgeries in convention with the National Health Service; unfortunately this won’t be possible in the future, because the lens and its customization are expensive. For this first phase, the hospital itself decided to start this way, in order to foster innovation and make this technology accessible for everyone». 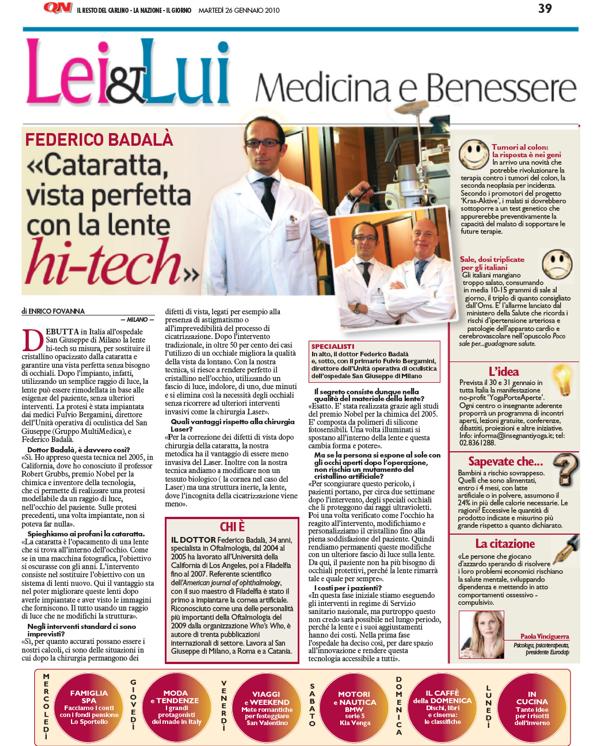 Last month I underwent surgery to correct myopia (-5.50), and a slight astigmatism, by PRK laser technology.

The operation lasted about 20 minutes for both eyes and it was totally painless.

I immediately realized t... Keep on reading this reviewhat I have recovered my eyesight, although, during the first days after surgery, it appeared a little blurry.

As for the post-operative recovery, I can say that, apart from the first days when I felt some slight discomfort, I had no problems and I almost immediately resumed my daily activities.

One of the things that amazed me most was to ensure, through following follow-ups (the day after surgery), the full and immediate recovery of eyesight.

I suggest this treatment to anyone with my same problem, considering the results I obtained and the almost absence of post-operative symptoms.