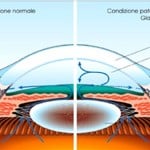 People with Glaucoma should beware of certain Yoga  positions and Sports that can make their disease worse. Glaucoma is a disease that can seriously impair vision, leading to blindness damaging the Optic Nerve irreversibly.

Sports where the head is lower than the rest of the body are associated with a raise in the venous pressure of the head resulting in an intraocular pressure raise. 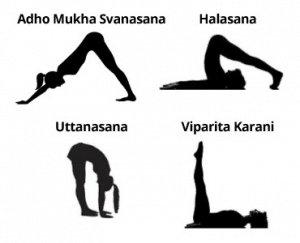 These are the worse positions where the head is lower than the rest of the body: the downward dog, the torso flexion, the plow position and the legs against the wall posture. Glaucoma patients should avoid these positions.

People with glaucoma should avoid physical exercises in which the head is lower than the body for a long time, because it can seriously harm their health.

Nevertheless  a regular physical activity has an important positive effect on all human body vitals in both people with and without Glaucoma.

I am 54 years old, for the past 20 years I have used eye drops to treat glaucoma.
Three months ago, I underwent a new type of laser treatment called SLT (Selective Laser Trabeculoplasty), despite always being afraid of ... Keep on reading this reviewany sort of eye treatment.

I have not felt any discomfort during or after the SLT laser, I did it in both eyes together and it lasted about 5 minutes. When the Laser was over I felt much better, as I was a little scared before.

Prior to the SLT laser my eye pressure was 24/23 with different eye drops, now, two months later, is 16/15 without my previous eye drops which created a lot of discomfort.

I am very happy with the outcome.