Want to be free from Myopia? 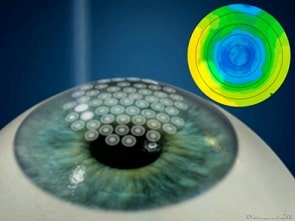 New study compares satisfaction rates of contact lens users with people who underwent laser eye surgery for vision correction (Myopia, Hypermetropia, Astigmatism and Presbyopia). The study published in the most influential US journal (Ophtalmology), recruited 1.800 people and found that contact lens users who opted for laser eye surgery were more satisfied with their vision a year after the surgery – and even more satisfied after 2-3 years.

People  surveyed after laser eye surgery reported higher satisfaction rates than those who didn’t have laser and instead continued to use contacts.

“The study is the first to compare satisfaction rates of contact lens wearers with those who undergo laser vision correction for Myopia, Hypermetropia, Astigmatism and Presbyopia. This patient-reported information allows to compare efficacy of laser eye surgery with contact lens performance”, affirms Dr Badalà, expert in ocular Laser and Microsurgery interviewed on the subject. 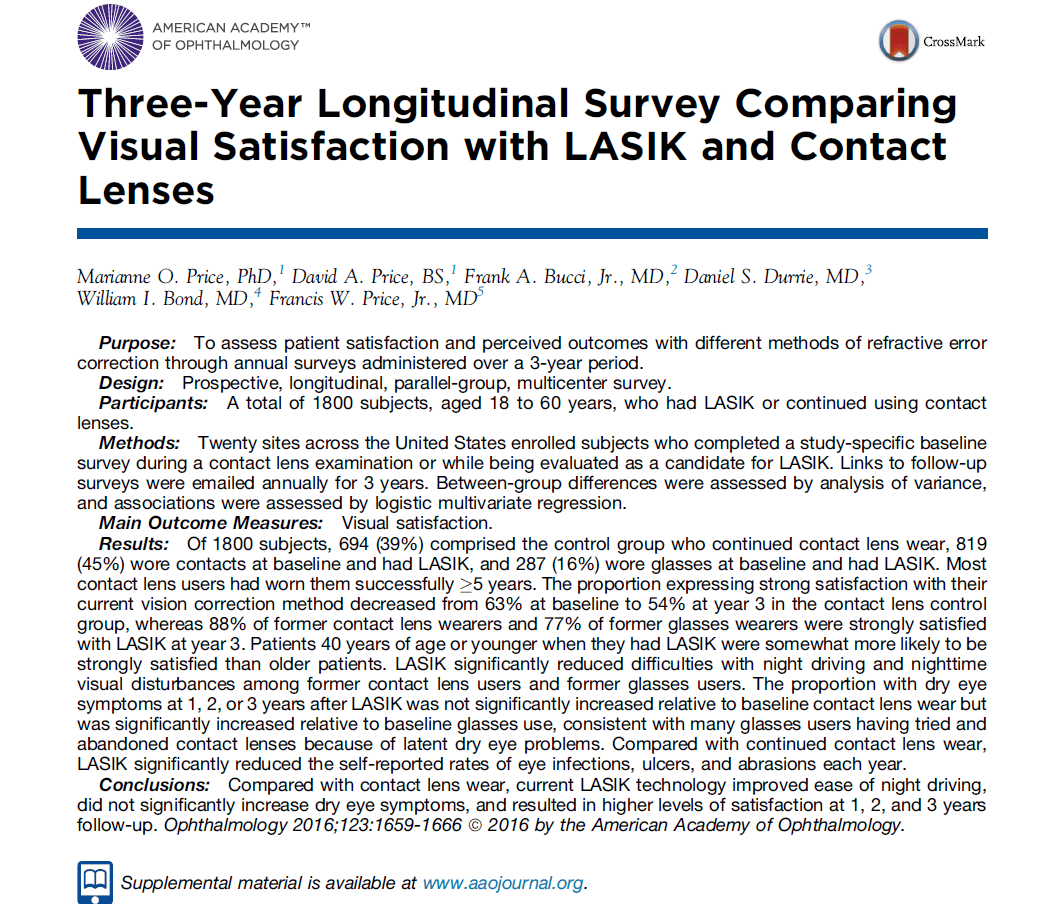 Following the key findings from the study:

The study is among the first to focus on results from patient self-reported data. “Patient-reported outcomes give us a new way to evaluate treatment efficacy, going beyond standard clinical statistics”, concludes Dr Badalà.

Following the full article for those interested in the subject:

I had 5 diopters of astigmatism in one eye and 3 diopters in the other eye when I decided to get FemtoLASIK (Over a year ago).

During the operation, the difficult part was to stare at a white light. Surgery was succes... Keep on reading this reviewsful and my vision has significantly improved the day after. Finally freedom from glasses!

I had a sensation of sand in the eye the day of surgery but from the next day no more discomfort: I was impressed!

I recommend this surgery to those who want to get rid of glasses like me.

Want to be free from Myopia?